The Dog in Your Own Backyard 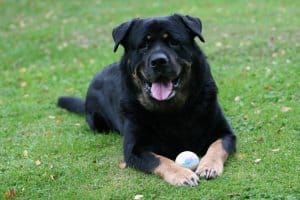 SAN DIEGO – Every parent is urged to remind their children to use caution around strange dogs, or avoid them altogether. While that is good advice, strange dogs are not necessarily the most dangerous pets to have around children. A new study has discovered that the problem is closer to home.

The recent study, published in the Journal of Pediatric Surgery, found more than 50 percent of the dog bite injuries treated at a southwestern hospital were initiated by dogs owned by an immediate family member.

Los Angeles dog bite attorneys at The Barnes Firm say parents should be mindful of their children around any animal, whether the pet is familiar to the child or not.

“Dog attacks are a fairly common occurrence in San Diego,” dog bite attorney John Sheehan said. “Familiarity with a dog can give a child and their parents a false sense of security and without proper supervision, a dog can attack a child at any time.”

“The truth is, any dog is capable of biting a child,” Sheehan said. “Young children are particularly vulnerable to suffering a life-altering dog attack but their risk of getting injured can be minimized with adult supervision.”

Researchers concluded that families get ‘too comfortable’ with their pets and allow young children to play with a dog with little to no supervision. Doctors and dog bite attorneys hope to educate families about the importance of being safe and cautious while around dogs, even if it’s your own family pet.