Ignoring This Raises Your Chance of Crashing 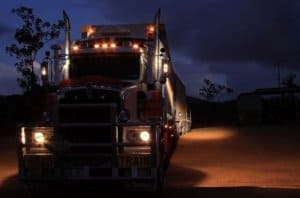 If you have sleep apnea, you know it’s important to regularly follow your treatment program – but many people don’t and it raises the risk of crashing, a new study found.

Researchers are concerned truck drivers are picking up these bad habits. Big rigs are some of the most dangerous vehicles on the road simply because they weigh over 25 times more than your standard vehicle. A truck crash lawyer at The Barnes Firm says if a trucker doesn’t get enough sleep; it’s a recipe for disaster.

“Big rigs are extremely dangerous and they can be difficult for an awake and alert driver to handle on the highways in ” truck accident attorney John Sheehan said. “When truckers ignore their sleep apnea treatments, they can cause a major wreck – or worse – someone could get killed.”

The study looked at more than 1,600 American truckers with obstructive sleep apnea and prescribed the drivers with CPAP, a treatment that keeps airways open during sleep.

Researchers then tracked the truckers’ use of the CPAP machine with a computer chip that was placed in each device.

Those who didn’t follow their CPAP treatments had a higher accident rate – five times higher.

“Sleep apnea is a treatable condition and those treatments could save someone’s life,” Sheehan said. “Truckers who do not treat sleep apnea are taking an incredible risk and this study has shown that it can lead to serious but preventable crashes.”