How Car Crashes Can Affect Children 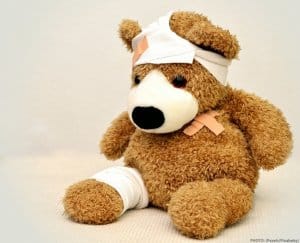 We know car crashes can be devastating for both individuals and their families but new research suggests that when there is a child injured in car crash, the effects can be long-lasting and sometimes, hidden beneath the surface.

It’s now estimated that post-traumatic stress disorder (PTSD) can affect as much as 30 percent of children after they’ve been in a car crash, a new study found. In many cases, researchers said the PTSD can persist for months or years without parents knowing.

Parents often miss the warning signs that their child may be developing PTSD because it can be a very private experience and children often have difficulty describing their feelings, researchers reported in the Journal of Clinical Psychiatry.

A car accident lawyer at The Barnes Firm says a crash can often have an impact on a person’s family as well – even if they aren’t involved in the accident.

“No one ever wants to get that call telling them a loved one has been hurt in a car accident,” attorney John Sheehan said. “Having to support an injured family member can be very difficult for families – emotionally, financially and physically – and many times, children can feel that stress and anxiety.”

In children under 10 years-old, symptoms of PTSD often mirror those of other emotional disorders like depression or anxiety; including social withdrawal and lost interest in school or extracurricular activities, researchers said.

Car accident lawyers at The Barnes Firm say many passengers, such as children, could be entitled to significant compensation if they’ve hurt in a crash. For injured children, the physical and emotional stress can often be severe – and it can’t be ignored.

In many cases, a legal claim can help injured passengers get the treatments they need to recover; both physically and emotionally. If you or a loved one has been injured in a car crash, there are many ways The Barnes Firm can help.

Call them today or visit a local office for a free consultation.