Most Trauma Injuries Happen At Home or In the Car 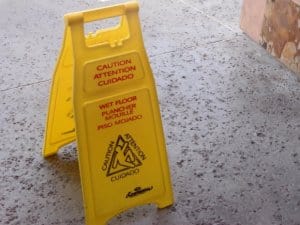 Most Trauma Injuries Happen At Home or In the Car

LOS ANGELES – Millions of Americans suffer injuries every year and almost every person is likely to suffer an injury at some point in their life. Some of these accidents can be deadly too; over 136,000 people are killed as a result of unintentional injuries each year – the fourth leading cause of death, according to the Centers for Disease Control and Prevention.

A new audit of hospital data in Europe has found the chief causes of unintentional injuries – and more importantly, where they occur. While thousands of people are hurt playing sports or at work, the most common places to get injured are at home or in the car.

Low falls, those under six feet, were the single most common cause of major trauma and they accounted for over half of all recorded traumatic injuries, the report found.

A Los Angeles slip and fall attorney at The Barnes Firm says the statistics mirror those recorded in California.

“We’ve represented people who have been in a variety of accidents in Los Angeles,” slip and fall lawyer John Sheehan said. “We help victims of trip and falls, car crashes, construction accidents, theme park accidents, dog bites, medical malpractice – the list goes on… but the majority of those injured get hurt in a car or at someone’s home or apartment building.”

Researchers pointed out that the elderly in particular face a higher risk of getting injured. Not only do older individuals have a greater chance at falling, they frequently sustain major injuries in car crashes as well.

“Roughly 15-percent of the injuries suffered in car accidents involve drivers over the age of 65,” Sheehan said. “These injuries can also be more severe since their bodies can’t take handle the same forces an average 30-year-old can, especially when it comes to head trauma.”

Head injuries were the main cause of death among the patients reviewed in the study – and falls were the most common cause of a traumatic brain injury.

What concerned researchers the most was response time. Only 25-percent of those who suffered a traumatic injury went to the emergency room and only 11-percent saw a health professional within 30 minutes.