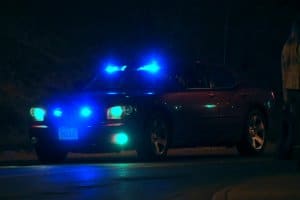 LOS ANGELES – If you’ve ever witnessed a police chase in person, it can be a terrifying event. A driver on the run is a dangerous and unpredictable person and after dozens of injuries, the Los Angeles Police Department may review its pursuit policy.

More than 70 people were injured during LAPD chases last year – and they had nothing to do with the chase itself, a Times report found. It’s the highest number of injuries recorded this decade; and it still eclipses the previous tally of 61 in 2005.

The innocent bystanders injured in police chases include pedestrians, bicyclists and other drivers and passengers not involved in the pursuit. The 78 people hurt in 2015 is the highest in Los Angeles since 2002, when the California Highway Patrol began recording the numbers.

According to a car accident lawyer Los Angeles is a hot-spot for car chases, and if an innocent bystander or passenger is injured, they may be entitled to significant compensation.

“Speeding and negligent drivers are dangerous and sometimes uninsured in Los Angeles,” car accident lawyer John Sheehan said. “These crashes can be devastating but in many cases, an experienced lawyer can find ways to get a victim the compensation they need.”

According to department policy, officers can chase suspects for a variety of different crimes including car theft, reckless driving and driving under the influence of alcohol.

Critics of the policy say impaired drivers are more likely to cause a dangerous crash when they’re fleeing at high speeds or driving erratically in an attempt to escape.

In the past, LAPD officials have stood by their policies, stating that the city’s system of winding, high-speed roadways allow vehicles to travel faster and in some cases, make wild and unpredictable turns.

LAPD officials told the Times the number of injuries coincided with the number of pursuits across the state. According to the data, the LAPD was involved in more than 500 chases last year, a 35-percent increase from 2014.

Innocent bystanders who are injured by a negligent driver, in a chase or in everyday traffic, can call a Los Angeles car accident lawyer at The Barnes Firm for a free consultation. An experienced attorney can walk you through the legal process and help you get the best result possible from a claim by investigating the incident and identifying all negligent parties.

The Barnes Firm has helped victims in all 50 states and with offices in downtown Los Angeles, you can contact an experienced trial attorney anytime. Call one today for a free case evaluation.