Swapped Surgery Tools May Have Given Patients Hepatitis, HIV 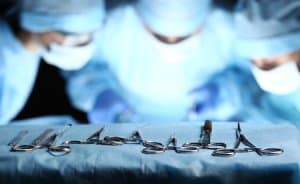 SAN FRANCISCO – Thousands of surgery patients received a disturbing notice this week, informing them that they may have been exposed to hepatitis or HIV.

Many were wondering how this could happen at more than six trusted hospitals with skilled surgeons. A federal investigation revealed one person was likely responsible.

Authorities recently indicted a former surgical tech who is accused of swapping-out syringes in the operating room. The original syringes were filled with the powerful painkiller, fentanyl. According to court documents, the 28-year-old tech was addicted to the drug and stole the needles during operations, replacing them with syringes filled with a saline solution.

A San Francisco medical malpractice lawyer at The Barnes Firm says this may have been happening for years, putting patients at risk.

“Thousands of patients may not only have been infected with hepatitis or HIV, they could have also suffered extreme pain as surgeons operated on their bodies,” San Francisco medical malpractice attorney John Sheehan said. “This conduct could have been happening for years and it is unacceptable.”

The accused surgical tech worked at a half-dozen hospitals spread across four states. According to court documents filed in Colorado, hospitals in Arizona, Washington and California knew of this employee’s behavior but Swedish Medical Center in Denver was the only hospital to notify authorities.

A hospital in California sent a one-page for to the Drug Enforcement Administration regarding a syringe-swapping incident but did not include the staff member’s name, court documents state.

A San Francisco medical malpractice lawyer said many red flags were either missed or overlooked and as a result, some patients could be diagnosed with hepatitis or HIV.

“This individual was fired from several medical facilities and he had a record of drug abuse,” Sheehan said. “Despite his history, hospitals continued to hire him and that may have placed thousands of patients at risk.”

Health officials haven’t confirmed any infections as a result of the allegations but several patients who underwent surgeries at the hospitals claim they tested positive for hepatitis following their operations.

The Barnes Firm has assembled a team of medical malpractice attorneys to assist patients who have been victimized by negligent hospital staff. If you or a loved one contracted hepatitis or HIV following a surgery The Barnes Firm will review your case for free.