Spread the Word to Save a Biker 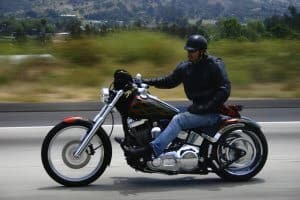 LOS ANGELES – Bikers are in a dangerous position. Without a seat belt, and few protections between them and other vehicles, they still take to the road every day.

But before other motorists hound motorcycle fans for putting themselves in such a precarious position, hear what the Hurt Report has to say.

Published in 1981, many safety experts still consider this study to be the most comprehensive investigation on motorcycle accidents… ever. Named after its lead author and safety engineer, Harry Hurt, the report uncovered the biggest problem motorcyclists face on the road today: cars.

According to this 36-year-old study:

A Los Angeles motorcycle accident attorney at The Barnes Firm says over the last three decades, many safety improvements have been made to both motorcycles and passenger vehicles to reduce the risk of everyone on the road, but these statistics remain accurate today.

“Many studies follow-up on recent data, but cars and trucks continue to be the top cause of severe injury or death among bikers in Los Angeles,” motorcycle accident lawyer John Sheehan said. “The likelihood of injury is extremely high when an accident involves a motorcycle, so it’s crucial for drivers to pay attention, slow down and be mindful of those who share the road.”

According to recent statistics, nearly 90,000 motorcyclists were either injured or killed on U.S. roadways in 2015. Although it can be difficult to determine the exact total number of motorcycle crashes, it is estimated that 98-percent of bikers who are involved in an accident suffer some type of injury.

New studies have estimated that up to half of all drivers on the road are distracted in some form, usually by smartphones. Los Angeles motorcycle accident lawyers believe it’s clear that drivers must be more vigilant when on the roadways, particularly in the spring and summer months when motorcycles are more prevalent.

“Expect motorcycles to be on the road,” Sheehan said. “Give them as much space as a car, and be alert when approaching intersections.”

Even if an accident appears minor, injuries can be nagging and have long-term effects that get worse over time, and a negligent driver can be held responsible for a motorcyclist’s injuries.

WHAT CAN I DO IF I’VE BEEN HIT BY A CAR?

If you or a loved one has been injured in a Los Angeles motorcycle accident, you may be entitled to compensation that can help pay for medical costs, lost wages, transportation, rehabilitation, and more.

Motorcyclists are granted many of the same freedoms and burdened with the same responsibilities as drivers of passenger vehicles or trucks. If your family has suffered an injury, know that you have rights and the Los Angeles motorcycle accident lawyers at The Barnes Firm have a track record for getting the best result possible.