The Southland is A Hotbed for Truck Crashes 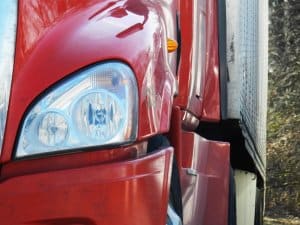 LOS ANGELES – The afternoon rush hour can be described in many words but few of those words have a positive connotation. Southland motorists make hundreds of thousands of trips on California’s highway system and too often, the traffic flow is bogged down by a truck crash.

These truck accidents are not only frustrating for drivers jammed in the five-o’clock; they’re also very dangerous and extremely costly. According to the L.A. Times, the accidents have become so costly that Southland governments are studying ways to prevent them and some of the findings are eye-opening.

The Southern California Association of Governments (SCAG) reported to the L.A. Times that certain stretches of freeway in the Los Angeles area saw an average of 5 to 8 truck accidents per mile.

“Since the area has one of the largest harbors in the nation, a lot of 18-wheelers converge on Los Angeles,” truck accident lawyer John Sheehan said. “The 710 alone handles nearly 50,000 trucks every day.”

The SCAG report highlighted some major difficulties for truck drivers and several transportation agencies are testing theories and ideas that could make the roads safer. One of these ideas would be an elevated truck lane on the 710 or reconfiguring the highway to add bypasses for trucks. Although the road configuration isn’t helping the issue, Sheehan said almost every accident can be traced back to human error.

“Some of those truck drivers are moving way beyond the speed limit and they can be aggressive on L.A. freeways,” Sheehan said. “On the other hand, drivers of smaller cars are in places they shouldn’t be either: moving too close, driving in a truck’s blind spot or sometimes you’ll see an angry rush hour driver cut off one of these big trucks and it’s very dangerous.”

In the area where the 60 and 57 merge near Diamond Bar, it’s not rare for vehicles to move across several lanes of traffic to exit off the freeway. California Highway Patrol crash statistics register more than 600 crashes each year, in this area alone.

Construction crews are currently analyzing this stretch of highway and expect to make edits at a cost of $53 million. Road work will likely begin in the fall and be finished by 2017.

At the same time, California transportation departments are analyzing these hot spots and planning a strategy to make these freeways and interchanges safer.