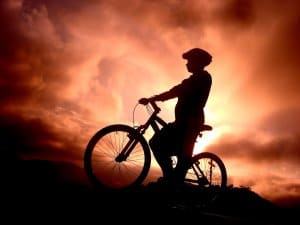 SAN DIEGO – We’ve all been told how important helmets are when you’re riding a bicycle, ATV or a motorcycle. Even if you’re not doing anything risky; say… wheelies or launching your Harley off a ramp Evel Knievel-style… wearing a helmet can save your life and prevent a head injury if you’re just getting some exercise on the neighborhood bike path.

A San Diego bicycle crash attorney at The Barnes Firm said accidents can happen at anytime – even when you least expect it.

“The majority of all car accidents happen on dry roads while it’s sunny in San Diego,” bicycle crash lawyer John Sheehan said. “Most accidents will happen within five miles of your home, too.”

Studies have consistently shown helmets are effective at minimizing head injuries, but how effective are they? A new study from the University College Dublin sought that answer.

The study concluded saying helmets were reliable and effective protection at speeds of less than 30 miles per hour. That doesn’t sound like much but most vehicles traveling in urban areas like San Diego are on average of 30 mph or less.

“Many accidents occur at intersections when a driver is attempting to turn right or left,” Sheehan said. “These turns usually occur at slower speeds but so many of them can become deadly if a driver strikes a bicyclist who isn’t wearing a helmet.”

San Diego bicycle crash attorneys say a helmet’s protective capabilities decrease as a vehicle’s speed increases. However, the risk for any injury will go up after a high-speed crash.

If your head is covered by padding and a plastic shell, you’re protecting arguably the most vital organ in your body.