Safeway to Shell Out $10M in Hazardous Waste Settlement 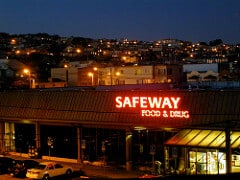 Safeway to Shell Out $10M in Hazardous Waste Settlement

According to the Safeway lawsuit, an investigation found Safeway would “routinely and systematically” send items like batteries and medicine to California landfills and jeopardize confidential pharmaceutical records.

The district attorney’s office said more than 500 Safeway, Vons, Pavilions and Pak ‘n Save stores were believed to be dumping these items over a seven year period. District attorneys in several California counties including Orange and Ventura joined Alameda County and filed a civil lawsuit.

The Los Angeles Times reports Safeway will not admit any wrongdoing but the company has agreed to pay $9.87 million in civil penalties, costs and aid for environmental projects. The grocery chain also updated its policies and procedures to prevent improper disposal of medicines and other hazardous waste in the future.