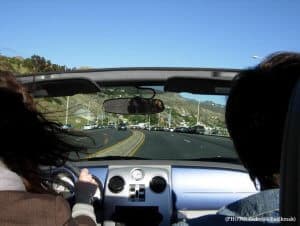 LOS ANGELES – It hugs the Pacific coastline for over 655 miles between Dana Point in Orange County (CA) and Leggett in Mendocino County. California’s State Route 1 is recognized throughout the world as one of the most scenic and celebrated strips of asphalt but one particular section of the highway, just 21 miles, could get a major safety overhaul, and it’s due for one, an LA Car Crash Law Firm says.

A little more than three percent of State Route 1 runs through the city of Malibu. This section, named the Pacific Coast Highway, also serves as the city’s main thoroughfare and it’s become a driver’s nightmare. With over 100 injury collisions every year, the sounds of screeching brakes and ambulance sirens drowned out the tune of the ocean’s waves.

Unlike some other municipalities with safety concerns, the city of Malibu is actually doing something about its accident-prone roadway.

“In just six months, four people have been killed in crashes on this stretch of highway west of Los Angeles,” car accident attorney John Sheehan said. “Studies have shown that certain safety improvements could minimize the number of accidents.”

The city’s safety study concluded unsafe speeds have consistently been a factor in 34 to 38 percent of the crashes on the PCH since the 1990’s. Unsafe lane changes and right of way violations were also factors, according to the study.

“Drivers have more than just a radio now; you’ll see some of them looking down at their cell phones or fumbling for a phone charger,” Sheehan said. “On the Pacific Coast Highway, distractions can be amplified because of the sunsets, ocean views, celebrity mansions, and historic landmarks you may drive alongside.”

Most of the traffic accidents happen around signals or involve parked cars, according to the report.

Of the improvements to be made, the PCH is likely to see new bike lanes, elevated medians, crosswalks, and more narrow lanes (to decrease speeds). The highway could also receive a new traffic-signal timing system, which would help traffic flow faster at certain times of the day.

The city will spend an estimated $20 million to make the safety improvements, which could be funded through sales tax increases or federal grants.