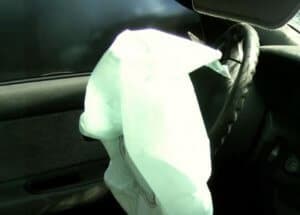 LOS ANGELES – Another victim of Takata Corp.’s faulty air bag inflators has been identified after an investigation of a September car crash in Southern California.

Delia Robles, 50, of Corona was driving a 2001 Honda Civic at the time of the crash. According to the LA Times, Riverside Police said a pickup driver was making a left-hand turn which caused Delia Robles to crash into the truck. Robles was rushed to the hospital where she later died from her injuries.

A Los Angeles Takata lawsuit attorney said Robles is the 11th death linked to the faulty Takata air bags in the United States and many more people have died in other countries. It is estimated that Takata’s exploding airbags have killed at least 16 people around the globe. Many more have been injured.

Many families are already seeking justice against the Japanese air bag manufacturer, which is responsible for more than 69 million vehicle recalls, the largest auto recall in U.S. history.

Los Angeles Takata lawsuit lawyers said some victims may only be able to receive compensation for injuries or losses by filing a claim. A successful claim may help cover:

Some victims and their families have already contacted a Takata lawsuit attorney and the results of these cases have remained, for the most part, confidential. However, Takata agreed to pay a $3 million settlement in one published case.

Every case is different and the amount of compensation a victim’s family can recover depends on multiple factors but an experienced Los Angeles Takata lawsuit lawyer can help their clients get the best result possible by conducting a thorough legal investigation.

By hiring expert witnesses and examining the vehicle for other malfunctions, a legal investigation can help increase the value of a claim. An experienced attorney will not only examine the crash report and federal investigation – they will also obtain evidence, including:

A Los Angeles Takata lawsuit attorney could also obtain evidence that Takata had knowledge that their products were dangerous and possibly mishandled. This evidence could include e-mails, internal company memos and testimonies from current or former workers who had knowledge of the air bag’s designs.

As a result, Takata’s air bags have been known to inflate with excessive force, causing a metal canister to break and shoot shrapnel into the vehicle – sometimes striking drivers or passengers in the face or vital organs.

According to Los Angeles Takata lawsuit lawyers, the Tokyo-based Takata Corp. negligently sold their product to auto makers around the globe and the faulty air bags were installed in over 100 million vehicles, including the Honda Civic Delia Robles was driving in September.

Since parts of Riverside County can often reach temperatures over 100 degrees, a Los Angeles Takata lawsuit lawyer says vehicles in the area could be prone to exploding Takata air bags and an intensive legal investigation could help a victim’s family maximize the compensation they’re entitled to.

By filing a claim, it can pressure companies like Takata to do what’s right and change designs to be safe for everyone.