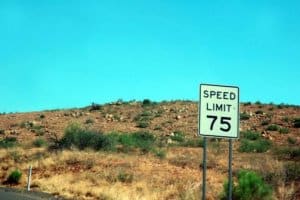 When investigating a crash, law enforcement officers often take your speed into account. For years, police have connected high speeds to serious, often deadly crashes. Despite being a common crash-factor, many governments have upped the limits on highways and roads.

A car crash attorney with The Barnes Firm says speed is one of the most common factors that can lead to collision.

“Speeding is a factor in about a third of all the crashes,” car accident attorney John Sheehan said. “As personal injury attorneys, we read a lot of crash reports and it’s heartbreaking to see so many people get injured because a negligent driver wouldn’t slow down.”

Despite the evidence that speed kills, many states and cities have recently upped the speed limits.

Since 2005, more than a dozen states have increased speed limits.

Decades ago, the term “Drive 55” was synonymous with highway travel but most highways today top out at 70 or 75 mph and some routes have hit 85 mph.

According to the Governor’s Highway Safety Association, the trend is often caused by peer pressure: when one state ups its speed, its neighbors usually follow.

While many states are upping the highway speeds, many city leaders are voting to lower speed limits.

If you’ve been injured by a speeding driver, the car accident lawyers at The Barnes Firm have decades of experience helping victims get the best results possible. Contact a lawyer today for a free case evaluation.