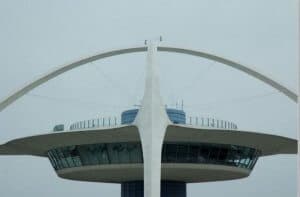 LOS ANGELES – If you’re a frequent flyer, chances are you’ve been to Los Angeles International Airport. One airport attorney says more than 70 million passengers passed through LAX gates, and now — the airport is going through a multi-billion dollar renovation.

The modernization will remodel the terminals with upscale dining and shopping centers fit for Hollywood. Even the runways are getting an upgrade – but there are reasons for concern, some safety advocates say.

LAX is America’s second-busiest airport and air traffic controllers are working longer hours to handle all the arrivals and departures. Staff shortages even caught the attention of the U.S. Department of Transportation – warning airport officials of the problem in 2009.

An Los Angeles airport attorney at The Barnes Firm said airplane pilot fatigue is not only a concern for those operating the plane – but for those directing airplanes on the ground too.

“Fatigue is a common factor in airplane accidents and near-misses across the country, including some in Los Angeles,” airplane accident attorney John Sheehan said. “Even with all the technology we have today at airports, it’s still important to get enough rest to be awake and alert.”

In 2004, controller fatigue and ‘poor staffing decisions’ were contributing factors in a near-miss when two airplanes were cleared to the use the same runway – one was taking off, the other was landing.

Later the same year, another near-miss occurred when a controller cleared an airplane for landing while, at the same time, cleared another plane to cross in front of the landing traffic.

The National Transportation Safety Board determined the controller was only getting 6 hours of sleep each night and held another job as an attorney.

“Whether you’re a flight attendant on an airplane, an air traffic controller or the pilot, sleep is vital for the safety of hundreds of passengers,” Sheehan said. “One fatigued worker could be responsible for dozens of injuries.”

Although federal spending cuts have affected the hiring levels of FAA-certified controllers, airports across the country – not just LAX – plan to hire more controllers to accommodate the approximate 5% growth in air travel traffic each year.

“The Barnes Firm did an excellent job on my car accident case. Jade was extremely helpful an answering all of my questions.”