When Exercise Equipment Hurts Your Health 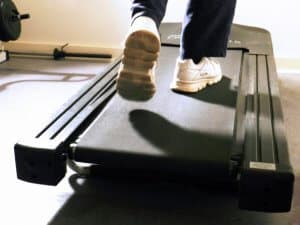 Getting into the gym is supposed to be good for you. But every year, thousands of people fall off treadmills, trip on equipment or push themselves too far.

Gym accidents can often result in strained or torn muscles, broken bones and in some cases, an accident at the gym can be fatal. In many cases, it’s not the gym-goer’s fault. Faulty equipment or premises liability can often be to blame.

Many things can go wrong at the gym but almost all of them can be avoided.

“All exercise equipment have risks — whether you’re working out at home or at a community gym,” defective product lawyer Landon Vivian said. “But aside from general risks, equipment can sometimes break or be defective causing serious injuries that could have been prevented.”

The U.S. Consumer Product Safety Commission estimates 460,000 people are hospitalized every year after using exercise equipment, usually treadmills. In some cases, the injuries were reported by national media outlets.

A year ago, Senate Majority Leader Harry Reid (D-Nev.) sued the makers of an exercise band that snapped or slipped, allegedly causing him to lose vision in his right eye.

In 2011, a Northern California woman fainted while using a treadmill at a 24-hour gym. The incident caused her to fall back, fracturing her skull in several places. The woman later filed a $3.8 million lawsuit against the gym, claiming it was negligent in the way it had exercise equipment set up.

Some equipment is straight-up dangerous and under recall, such as this Total Gym Fitness set sold on TV infomercials.

“Every year there are several recalls that involve exercise equipment and that’s really concerning because this equipment can often be dangerous even when it’s functioning properly,” Vivian said. “Faulty gym gear has been linked to many injuries and those who’ve been hurt could receive significant compensation by filing a claim.”

If you suspect a gym accident was caused by faulty equipment, machinery or oversight, the defective product lawyers at The Barnes Firm can help you get the best result possible. The Barnes Firm has helped many get justice after an accident.

Call today for a free consultation.