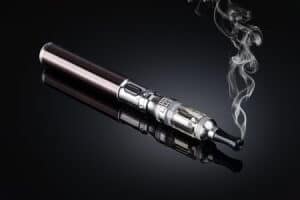 Several news agencies have reported an Orange County man suffered minor cuts and burns after an electronic cigarette exploded in his hand this week. According to KTLA, a man had just taken the e-cigarette off its charger and it began to make a hissing noise. Shortly after, it exploded.

“It’s stuck in the wall,” the man told a 911 operator after the explosion.

Yes, the e-cigarette exploded at such a force, it was lodged in the ceiling.

However, this is not the first case of a dangerous e-cigarette. Last month, San Diego’s Fox 5 News reported an electronic cigarette exploded in a Ramona man’s face. That man was later hospitalized and treated for burns.

“These devices are known to have problems. Unfortunately, the consumer isn’t always made aware of this and they’ll go out and buy a cigarette that could explode in their face like the incident near Los Angeles,” defective product attorney John Sheehan said.

More than 2.5 million Americans are using e-cigs today and the number is rising, and so are the injuries associated with them.

Recently, the U.S. Fire Administration recently studied the fire risks associated with e-cigarettes and found that at least 25 separate incidents of exploding cigarettes were reported in the media between 2009 and 2014. The 25 incidents resulted in nine injuries including two people who were seriously burned.

“According to some of the studies done on these products, most of the problems happen immediately after charging,” Sheehan said. “The shape and construction of e-cigarettes can make them more likely than other products that use lithium-ion batteries to behave like ‘flaming rockets’ when the battery fails.”

An E-Cig Injury Attorney at The Barnes Firm says the explosions usually occur suddenly and they’re accompanied by “a loud noise, a flash of light, smoke, flames, and often vigorous ejection of the battery and other parts.”

E-Cig Injury Attorney s say e-cigarettes should always be recharged with power sources approved by the manufacturer otherwise it increases the risk of an explosion or fire.