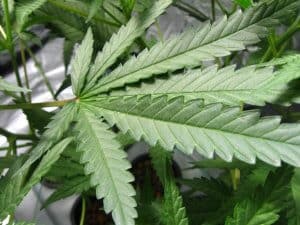 SAN FRANCISCO – Driving under the influence of drugs or alcohol is dangerous in every state but a new study suggests some places are more dangerous than others.

According to the AAA Foundation for Traffic Safety, deadly crashes involving drivers who used marijuana doubled in states like Washington, which have legalized the drug. The research also discovered that the legal limits for driving under the influence of pot were mostly arbitrary and ‘unsupported by science.’ Researchers said the limits put in place in Washington could result in unsafe drivers going free while others are wrongfully accused of impaired driving.

A San Francisco car accident lawyer at The Barnes Firm says the new findings are concerning since at least 20 other states will consider legalizing weed this year, including California.

“Whether a driver is impaired by drugs or alcohol, they’re a danger to anyone who uses the roads and highways in San Francisco,” car accident attorney Landon Vivian said. “Our communities have made tremendous progress by cutting the number of impaired traffic deaths in half over the last few decades but there are still too many tragedies that can be prevented.”

In 2013, eight percent of the deadly crashes in Washington involved a driver who recently used marijuana.

In 2014, the percentage spiked to 17-percent after the state legalized recreational pot.

The AAA Foundation said some states created legal limits which specify the maximum amount of THC that a driver can have in their system. THC is the main psychoactive chemical that can impair a person’s motor skills and judgement. The problem is, there’s no science that consistently shows an accurate correlation between the amount of THC and impairment.

According to AAA researchers, drivers with relatively high levels of THC in their system may not be impaired while others with lower levels may not be fit to drive. Basically, marijuana affects people differently.

Currently, four states have legalized the recreational use of marijuana including Alaska, Colorado, Oregon, Washington, and Washington D.C. However, the ‘legal limits’ in each state vary.

San Francisco car accident lawyers at The Barnes Firm urge every driver to be responsible behind the wheel; every day as many as 30 people are killed by impaired drivers on American roadways. These crashes cost the U.S. an estimated $140 billion each year.

If you’ve been injured by an impaired driver, you may be eligible to receive compensation. With offices across California, you can stop by in-person or call a San Francisco car accident lawyer at The Barnes Firm today for a free consultation.