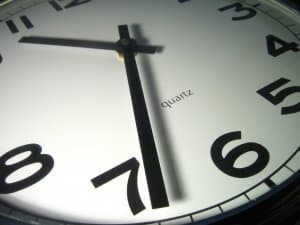 OAKLAND, Calif. – Just one hour of lost sleep is all it takes to set off a chain reaction of dangerous events on the road, Oakland car accident attorneys said, and there’s a study to back it up. Researchers at the University of British Columbia found the number of car crashes jolts up 17 percent in the week after clocks spring forward.

The numbers caught the attention of the California Highway Patrol (CHP), which teamed up with the National Sleep Foundation to wake-up drivers to “National Sleep Awareness Week.”

“Fatigued drivers can be just as dangerous as an alcohol- or drug-impaired driver on our roadways,” said CHP Commissioner Joe Farrow in a press release. “A lack of sleep will decrease a driver’s awareness, slow reaction time, and impair judgment. All of these behaviors can result in serious or even deadly consequences for the driver, their passengers or others on the roadway.”

In California alone, CHP recorded more than 4,000 crashes involving a drowsy driver. The crashes resulted in 2,400 injuries and 36 deaths.

“Drowsy driving can be deadly driving in any area, including Oakland,” car accident attorney Landon Vivian said. “We’re talking more than 100,000 accidents across the country that can be prevented just by getting enough sleep.”

Experts say the “tricks” some drivers use to stay awake have no factual roots either. Rolling down a window or blasting the radio doesn’t work in testing environments.

“One sure way drivers can deal with fatigue is by pulling over in a safe place and getting some shut-eye,” Vivian said.

A 1996 University of British Columbia study suggests Daylight Saving Time changes the body’s sleeping patterns and it could take a week or more for a driver to completely adjust.