The Dangerous Train Flaws that put Lives in Danger 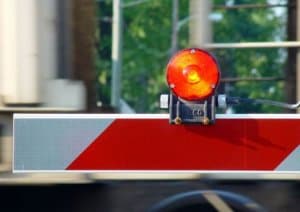 The Dangerous Train Flaws that put Lives in Danger

LOS ANGELES – Defective parts may have contributed to the Feb. 24 train accident in the Los Angeles suburb of Oxnard that killed one and injured more than 30 others.

Two couplers and a cowcatcher were listed as ‘flawed parts,’ according to a confidential Metrolink report. The crash is currently being investigated by the railroad and the National Transportation Safety Board (NTSB).

According to the L.A. Times, railroad officials presented the report to the Metrolink board at a closed meeting on Sept. 11. According to the report, one coupler may have had a manufacturing flaw that weakened it, potentially contributing to the severity of the accident.

A Los Angeles train crash attorney at The Barnes Firm says the parts in question are vital safety features on commuter trains.

“Cowcatchers are attached at the front of the train and are used to deflect debris off the tracks – and working couplers are extremely important because they keep the trains upright and in a straight line,” John Sheehan, a Los Angeles train crash attorney said. “When these safety features aren’t doing their jobs, it can be a serious safety concern.”

The NTSB will determine the cause of the crash and make safety recommendations but so far, investigators haven’t made any conclusions.

If the faulty equipment contributed to the severity of the train crash, it wouldn’t be the first time.

A rail defect slipped by railroad inspectors twice before an oil train crashed in West Virginia in February, forcing the evacuation of more than 100 people.

In 2013, a train derailed south of Paris, killing 6 people. Investigators discovered that a faulty piece of metal connecting two rails became detached, causing the highspeed train to run off the tracks.

And in 2015 lawsuit alleges that the Union Pacific Railroad Co. knew about defects in track detection circuitry, which may have delayed the activation of warning lights, bells, and a crossing gate.

“Trains carry hazardous chemicals, tons of freight and thousands of people each day so you would think and hope they would be safe,” Sheehan said. “Unfortunately, some tracks are so worn down that an accident can happen at any second.”

Los Angeles train accident attorneys say some train companies have little regard for safety because it can be expensive.

Recently, railroads won a battle in Congress: pushing back a deadline to install vital technology called Positive Train Control (PTC), which could prevent some accidents from happening.

Over the last 15 years, track defects alone have caused an estimated 1,200 derailments with an estimated cost of $300 million in damages.

If you or a family member has been injured in a train-related accident, contact an attorney at The Barnes Firm today to discuss your legal options at no charge.