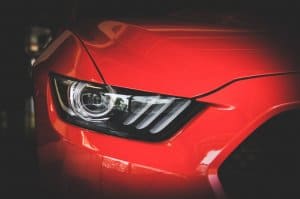 LOS ANGELES – Everyone wants to have the safest car. After all, we aren’t just putting ourselves in that vehicle; we’re also hauling our families and children. Safety is important.

Until it costs extra.

Some newer safety features like automatic brakes do not come standard in most 2017 models, despite numerous studies that claim the new features will save lives. Instead, consumers usually have to tack-on thousands of dollars to the sticker price to receive these safety features and more often than not, they opt-out.

A recent study found that only 37 percent of buyers will “opt-in” for the safety package. A LA car accident lawyer at The Barnes Firm says it’s not because consumers don’t want safety, it’s because it’s unaffordable.

“If all vehicles were equipped with automatic brakes and other new safety systems, thousands of car crashes would’ve been avoided in Los Angeles,” car accident attorney John Sheehan said. “Every new car is equipped with air bags, so there’s no reason for other safety features to be left out.”

According to the Insurance Institute for Highway Safety, cars with automatic brakes reduced rear-end collisions by 40 percent. Warning systems, alerting drivers of an imminent crash, cut car wrecks by 23 percent; and both were designed to significantly reduce the severity of injuries.

The safety systems are being hailed as the most significant strides in automotive safety since seat belts. Automakers have even received pressure from Congress to implement them as standard features. But it appears it will take time.

More than 20 car manufacturers who represent 99 percent of the U.S. motor vehicle market struck a deal with the U.S. Department of Transportation this year. Automatic brakes will indeed be standard but not until the fall of 2022.

“The technology to save lives is available now,” Sheehan said. “Backup cameras will be standard on all 2018 models and we can expect more safety features as the auto industry drives toward automation.”

Although the new features are expected to eventually roll-out as standard options, safety advocates warn drivers that the safety systems won’t prevent every car crash. Drivers are still responsible for their actions behind the wheel and they have to avoid distractions.