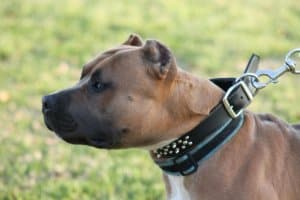 Dogs and postal workers don’t often get along. In recent years, the strained relationship between letter-man and beast has become so prevalent that the United States Postal Service began counting the number of dog attacks in each city.

According to the USPS, more than 6,500 employees were attacked by dogs last year – and more workers suffered bites in Houston than anywhere else with 77 run-ins with rover or sparky.

A dog bite attorney at The Barnes Firm says dog attacks remain a dangerous problem despite the drop in mail carrier-attacks, many more people were injured by dogs.

“Children are most at-risk of suffering a dog attack,” dog bite lawyer John Sheehan said. “These are often vicious, disfiguring attacks that can leave a child hospitalized or worse.”

In an effort to minimize the number of attacks, the Postal Service implemented a safety plan where, if the letter carrier feels threatened by a dog or if a dog is running loose, the owner may not get their mail delivered to their home. In some cases, dog owners have been told to pick up the mail at the post office until the carrier is assured an animal is restrained.

Even with these safety guidelines in mind, more than 6,000 mail men and women were injured by dogs last year.

The USPS noted that some dogs have been known to ‘burst through screen doors or plate-glass windows to get at strangers.’ dog bite attorneys say those ‘strangers’ should include children.

“Many families say, ‘that’s not my dog – my dog is nice with people,’” Sheehan said. “The truth is, dog attacks can happen any time and sometimes they’re unprovoked.”

Dog bite lawyers say just one attack can cost a family $32,000 in medical expenses. That’s on average. Many operations cost much more and the cost only pays for the physical scars. In most cases, families are burdened with lasting emotional and psychological scarring as a result of a vicious dog bite.

If you or a loved one has been attacked by a dog, know that the incident could have been prevented with proper pet supervision. The dog bite attorneys at The Barnes Firm have helped countless victims recover the costs of treatment and more.

For the latest information on dog bite injuries and more, visit The Barnes Firm on Facebook or you can contact an experienced lawyer today for a free case evaluation.