How to Avoid A Crash At An Intersection 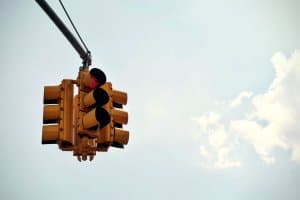 How to Avoid A Crash At An Intersection

In California, intersections are some of the deadliest places for drivers to be but they’re also unavoidable.

“Unfortunately, people can sometimes get seriously injured in crashes that happen at intersections in the Bay Area,” car accident lawyer Landon Vivian said. “Most of the time, it involves at least one vehicle turning left.”

According to NHTSA studies, over 1 million car accidents occur each year involving a left-turning vehicle. The NHTSA suggests in almost all accidents, the cause can be linked back to driver error. In intersection accidents, studies say at least one driver makes a false assumption of another driver’s action, leading to a crash.

“There are a lot of factors a driver has to analyze on the road every second,” Vivian said. “Research has proven the best practice for drivers is to keep both hands on the wheel and pay attention at all times.”

Distractions such as a radio, cell phone or other individuals in the car have been shown to decrease the driver’s attention on the road. Los Angeles personal injury attorneys say other drivers are often unpredictable and it’s more important than ever to be aware at every intersection.