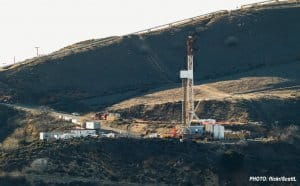 LOS ANGELES – If you live in or have recently visited the community of Porter Ranch, your health could be at risk. California Gov. Jerry Brown declared a state of emergency this week due to a massive gas leak that continues to spew methane and other toxins into the air.

The natural gas leak was detected months ago but it has yet to be fixed. Since the leak, thousands of residents have been evacuated and several others have become ill.

A Los Angeles personal injury attorney at The Barnes Firm said many families have already filed lawsuits against the Southern California Gas Company and Sempra Energy – and many others may be getting sick.

“Up to 1,200 tons of methane gas has been gushing out of the pipeline each day – and this has been happening for months,” Los Angeles personal injury attorney John Sheehan said. “The gases have been linked to headaches, nausea and fatigue – and in some cases, parents have reported that their young children are suffering seizures and respiratory issues as a result of the leak.”

The Los Angeles school board has declared the gas leak an emergency and it has moved students out of schools that are located near the leak.

Many residents have criticized the gas company, calling it ‘slow to act’ while many families grow more concerned about the long-term effects of methane and other gases in their community.

Thus far, SoCal Gas has unsuccessfully attempted to stop the leak by pumping fluid into the well and by drilling a relief well. However, it could take months to completely fix the leak.

Brown is now urging the gas company to develop backup plans in case further efforts to close the leak fail.

If you believe you’ve been exposed to the dangerous gases near or around the Porter Ranch leak, a Los Angeles personal injury attorney at The Barnes Firm could help.

“Families are getting sick – and many others have been moved from their homes and neighborhoods,” Sheehan said. “It’s not clear when they’ll be able to go back home or if they’ll ever feel the same again –this is a devastating disaster and these families deserve an advocate who will fight for their health, their rights and their safety.”

The attorneys at The Barnes Firm offer free consultations for those who have been affected or have fallen ill due to this gas leak.

Call the firm’s experienced, trial-tested lawyers today to get the best results possible.