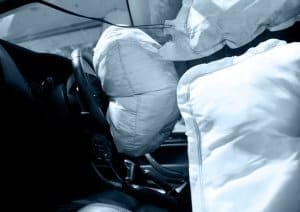 Takata has agreed to recall another 35 to 40 million air bags, an increase that will double what was already the largest auto recall in history.

Takata, which once held 20 percent of the worldwide market, will now bring back as many as 69 million air bag inflators. The task is so large the National Highway Traffic Safety Administration said it will take three years to complete.

The company’s inflators can explode with so much force that it causes serious injuries and sometimes, death. At least 11 deaths and more than 100 injuries have been linked to Takata air bags.

A car accident lawyer at The Barnes Firm says the recall would improve the safety for millions.

“There could be thousands of cars equipped with deadly air bag inflators on the roads today,” car accident attorney John Sheehan said. “Many drivers simply do not know if their vehicle is dangerous until these recalls happen.”

Roughly 29 million inflators have already been recalled but only 28-percent of the vehicles have been fixed after nearly three years.

The newest recall makes the waiting list twice as large.

The defect is caused by the chemical that is used as a propellant in the air bag inflators. According to chemists, the chemical can degrade over time, especially in hot, humid climates.

Older cars registered in states like Florida and Texas are prioritized in the recall process.

It is estimated that nearly a quarter of all U.S. vehicles could be subject to Takata’s recalls. Drivers will receive notices if their vehicle has been affected.

For the latest information on Takata recalls and safety tips, visit The Barnes Firm on Twitter.