America Tops The World in This Category 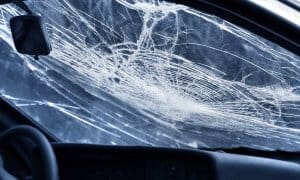 SAN FRANCISCO – Car crashes. Americans are behind more of those than any other country. Despite safety improvements and a gradual decline in the number of motor vehicle deaths over the last several decades, America is still number one – and not in a good way.

Every day, roughly 90 people die in U.S. car crashes. The numbers are so concerning that the CDC’s National Center for Injury Prevention and Control compared statistics from 20 other countries in a new report. Study authors concluded that Americans deserve “better and safer” transportation.

A San Francisco car accident attorney at The Barnes Firm says recently, we’ve made progress to cut the number of fatal car crashes but more can be done.

“Safety should always be the top priority for drivers but it’s often neglected on the roads of San Francisco,” car accident attorney Landon Vivian said. “Drunk driving continues to plague U.S. cities and distracted driving is now a factor in almost every crash; and most drivers know what they’re doing is unsafe and often illegal.”

Since 2000, deadly crashes have dropped by nearly 1/3 in the U.S. It’s considered a huge reduction but other nations are doing even better: cutting back fatal accidents by an average of 56 percent during the same time period. In fact, Spain cut car crash deaths by 75 percent.

The CDC says seat belts are a vital safety device that isn’t used enough. About 90-percent of drivers and passengers wear seat belts today but safety advocates say if everyone buckled-up, about 3,000 lives would be saved every year.

Eliminate drunk driving and another 10,000 deaths could be prevented, according to the report.

“A motor vehicle can be considered a deadly weapon and drivers have a responsibility to handle a car or truck in a safe manner,” Vivian said. “Unfortunately, not every driver takes this responsibility seriously and it’s our job as personal injury lawyers to hold liable for the harm they’ve caused.”

If a negligent driver has caused an injury in your family, contact one of our attorneys today to discuss your legal options.