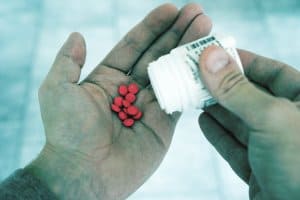 LOS ANGELES – More Americans are getting killed in accidents every year, more frequently from overdoses and falls.

A new report from the National Safety Council said that 136,000 people died in accidents – a 4.2 percent jump from the previous year and a 15.5 percent spike over the last decade.

According to NSC statistics, overdoses and accidental poisonings are up 78 percent since 2004. For the first time in decades, it pushed aside car crashes as the top accidental killer in the U.S.

A Los Angeles medical malpractice lawyer at The Barnes Firm says all of these incidents are considered ‘accidents’ because they could’ve been prevented with proper oversight and safety standards.

“It’s no secret – there’s a prescription drug epidemic across the nation and it’s very prevalent right here in Los Angeles,” medical malpractice attorney John Sheehan said. “Doctors and pharmacists have a great responsibility to understand the effects of the drugs they prescribe but many of them neglect this responsibility and as a result, people can suffer severe and sometimes deadly side effects.”

The safety council said it’s not that Americans are becoming more accident-prone – in many cases, our society isn’t doing enough to prevent the accidents from happening. Los Angeles medical malpractice attorneys said many health professionals are not fully trained to provide the safest practices available and the penalties for ignoring safety could be stronger.

“Every medical center has different standard practices and care can vary from hospital to hospital,” Sheehan said. “Patients could be five times more likely to suffer a malpractice-related injury in low-performing hospitals but it shouldn’t have to be that way.”

A recent study published in the Journal of Patient Safety found that between 200,000 and 440,000 patients suffer some type of preventable harm that contributes to their death. Taking these figures into consideration, experts say ‘almost everyone’ will be the victim of a medical mistake at some point in their lives.

“Only heart disease and cancer cause more deaths in America,” Sheehan said. “Medical malpractice is a serious problem across the country and it’s our goal to help clients and their families get justice from a system that is clearly broken.”

The NSC says accidental deaths occur every four minutes and if you count those who don’t die but need medical attention, the rate increases to one injury every second.

From slip and fall injuries to car accidents, medical malpractice, and nursing home injuries, The Barnes Firm has helped thousands of clients obtain over $1.5 billion in compensation. If you or a loved one has been injured by someone else’s negligence, contact a Los Angeles medical malpractice lawyer today for a free case evaluation.